MUSUHI: A Saké of Rebirth

This saké was brewed from organic Yamada Nishiki rice grown on terraced rice fields that were abandoned due to natural disaster, and reborn through the efforts of our brewery staff.

The name Musuhi was inspired by myths of rebirth. In ancient Japanese records like the Kojiki or Nihonshiki, divinities like Takamusui no Kami or Kamumusuhi no Kami appeared in stories of rebirth and revival.

The word musuhi, which appears in both divinities’ names, means “spirit of creation.” It can be understood to represent the divine energy of creation, energy that returns to the beginning, or energy that brings rebirth after death.

Heavy rains that struck western Japan in 2018 led to a landslide which buried several terraced rice fields in one section of So’o. The disaster laid waste not only to the rice fields, but to the motivation of the owners, who gave up on ever farming them again. The fields were abandoned. 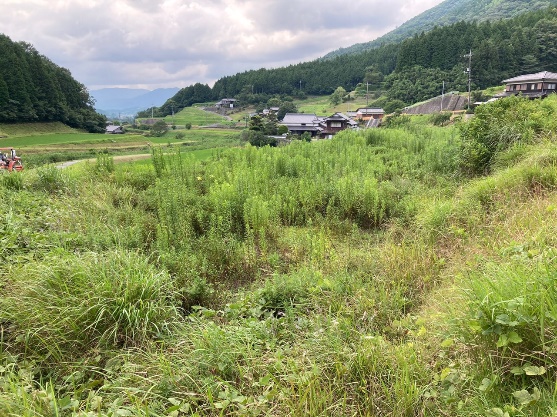 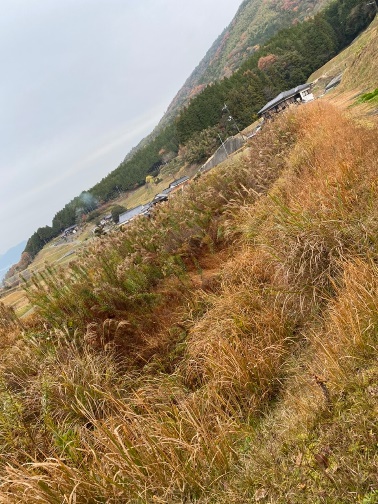 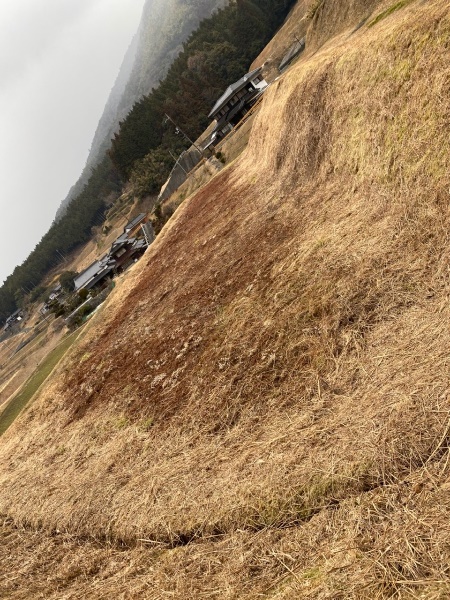 Then three young local rice farmers, Yamazaki, Shinoda, and Kamio, who believe in the resilience of farmland for sustainable agriculture, stood up as volunteers.

They cleared away the countless stones left from the landslide, pulled the weeds that had grown taller than they were, plowed and re-plowed the fields. They watered, raked, and fertilized them with cow manure, then added crushed seashells to boost nutrients in the soil. Their work helped invigorate the soil’s natural microorganisms to spark fermentation and build its natural energy in a cycle of organic soil improvement. Their hard work was all so these dead fields could be reborn.

The location of the fields, which itself added to the hard labor, in fact turned out to be a benefit. Since no fields were located above these, there was no danger that water from other fields could spill in, and their water could be drawn directly from the source. In addition, the long abandonment of the fields meant that the earlier influence of chemical fertilizers and such had faded almost completely. All of this made these fields well suited for organic farming. 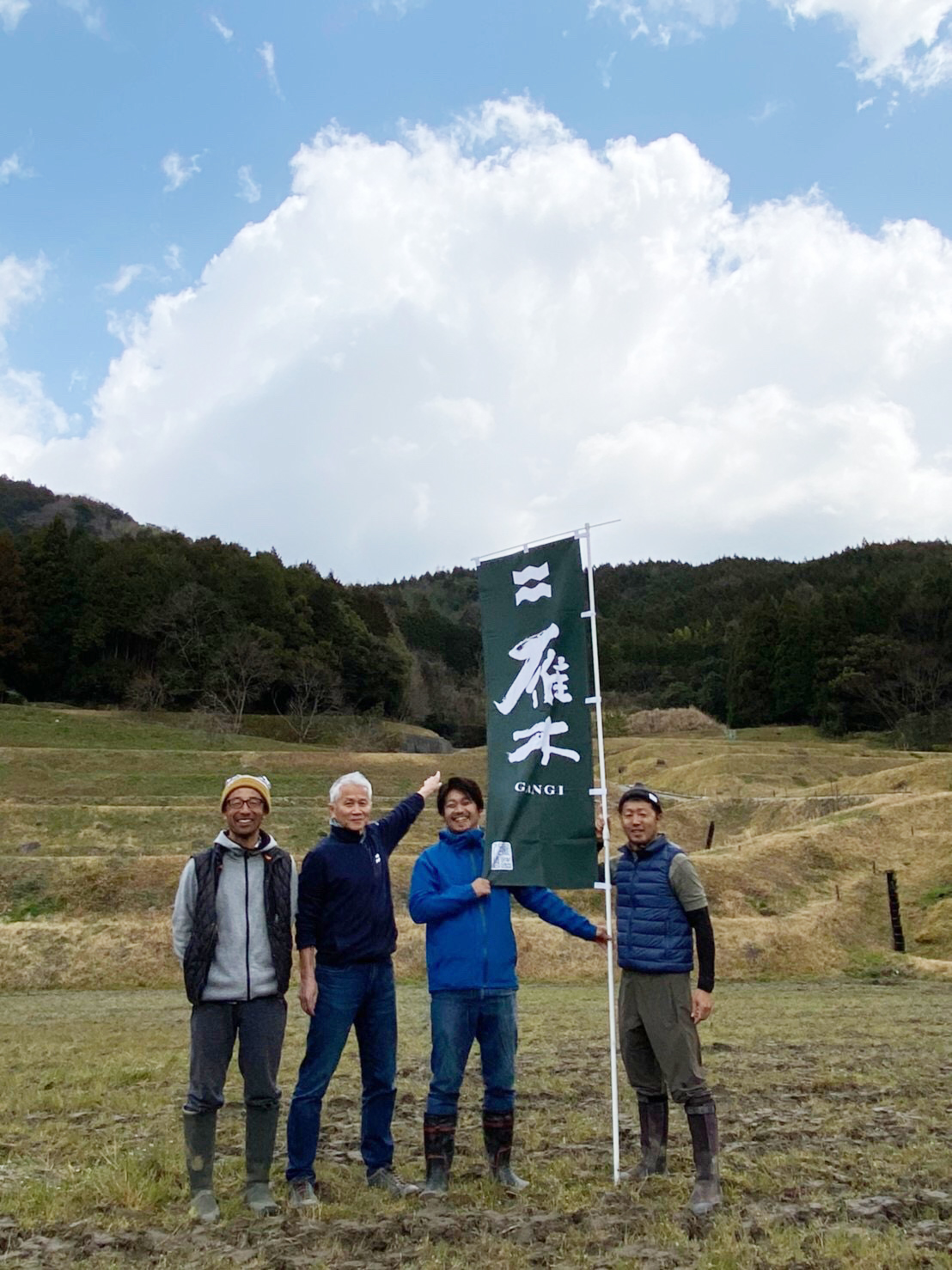 From the beginning, the three had wanted to grow organic saké rice for the Gangi brand. The farmers and kuramoto had long been searching for a chance to collaborate, and finally, both agreed that the time had come. 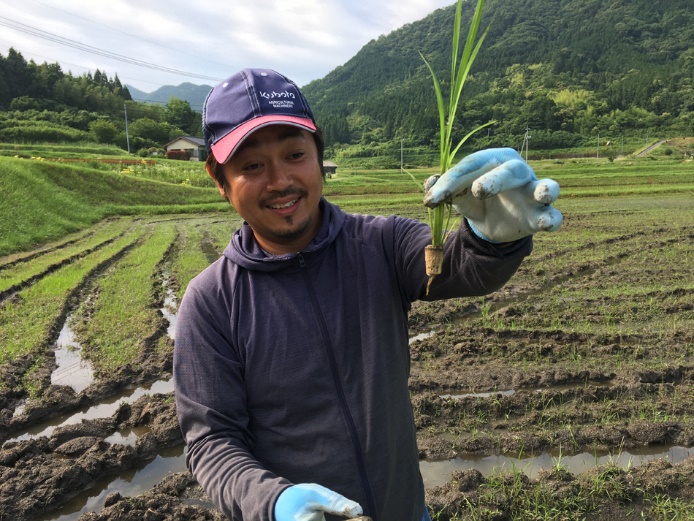 These fields were planted directly with rice seeds, without any of the usual transplanting or chemical application. Everything was done by hand, and the farmers and brewers worked together on every step, from weeding to harvest. 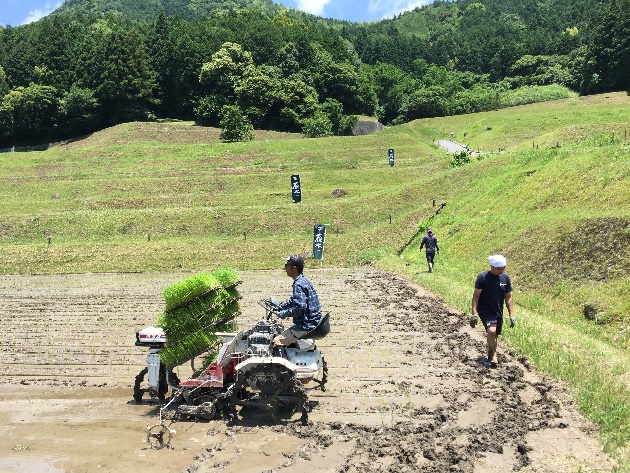 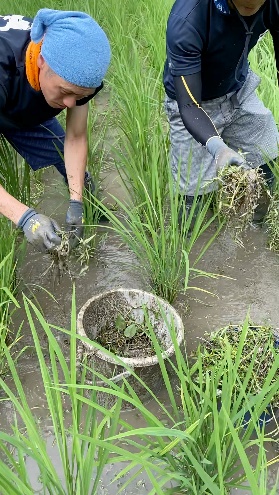 That year, despite the fact that Yamaguchi Prefecture had the worst rice harvest in its history due to a massive outbreak of brown planthoppers—a dangerous rice pest—these terraced fields produced a beautiful, undamaged crop of rice. Achieving a harvest like that without pesticides seemed almost miraculous. 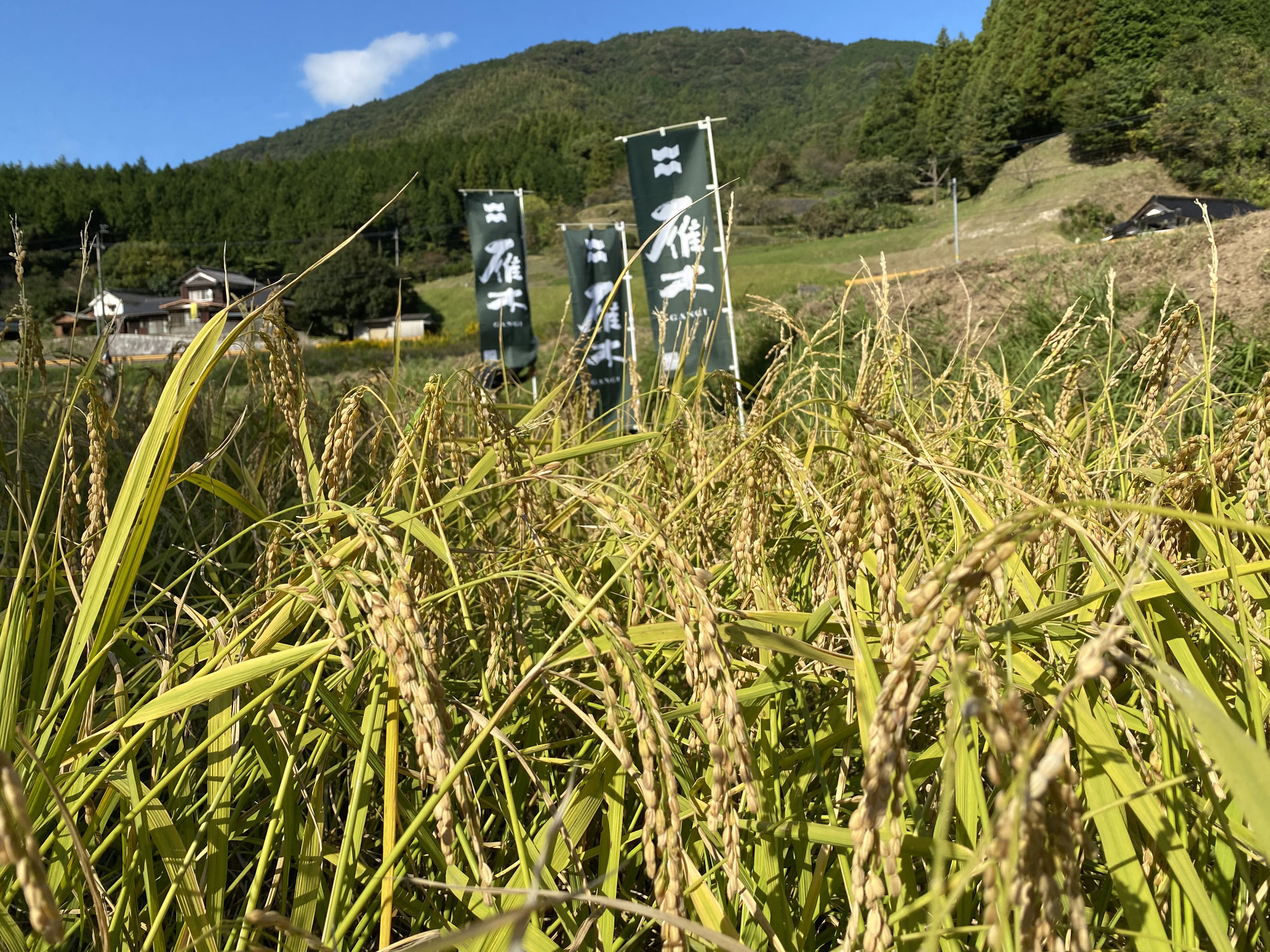 Now, that rice has become delicious saké through fermentation, yet another gift of the power of life.

These destroyed paddies were revived through sheer will, the soil was reborn, then a beautiful crop of rice grew to bumper harvest despite myriad obstacles. In the end, that rice has become this exceptional drink. 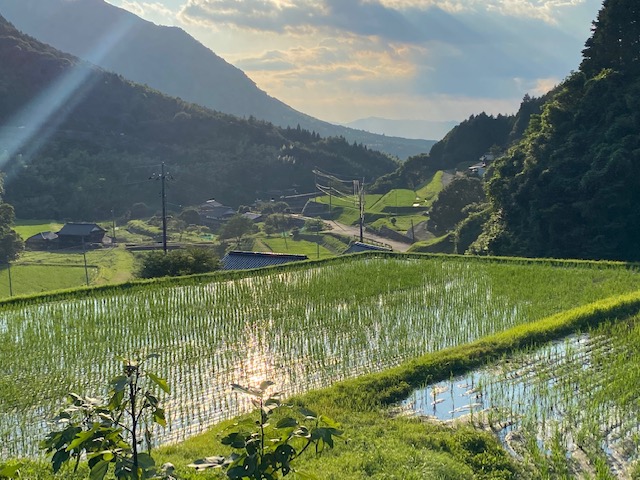 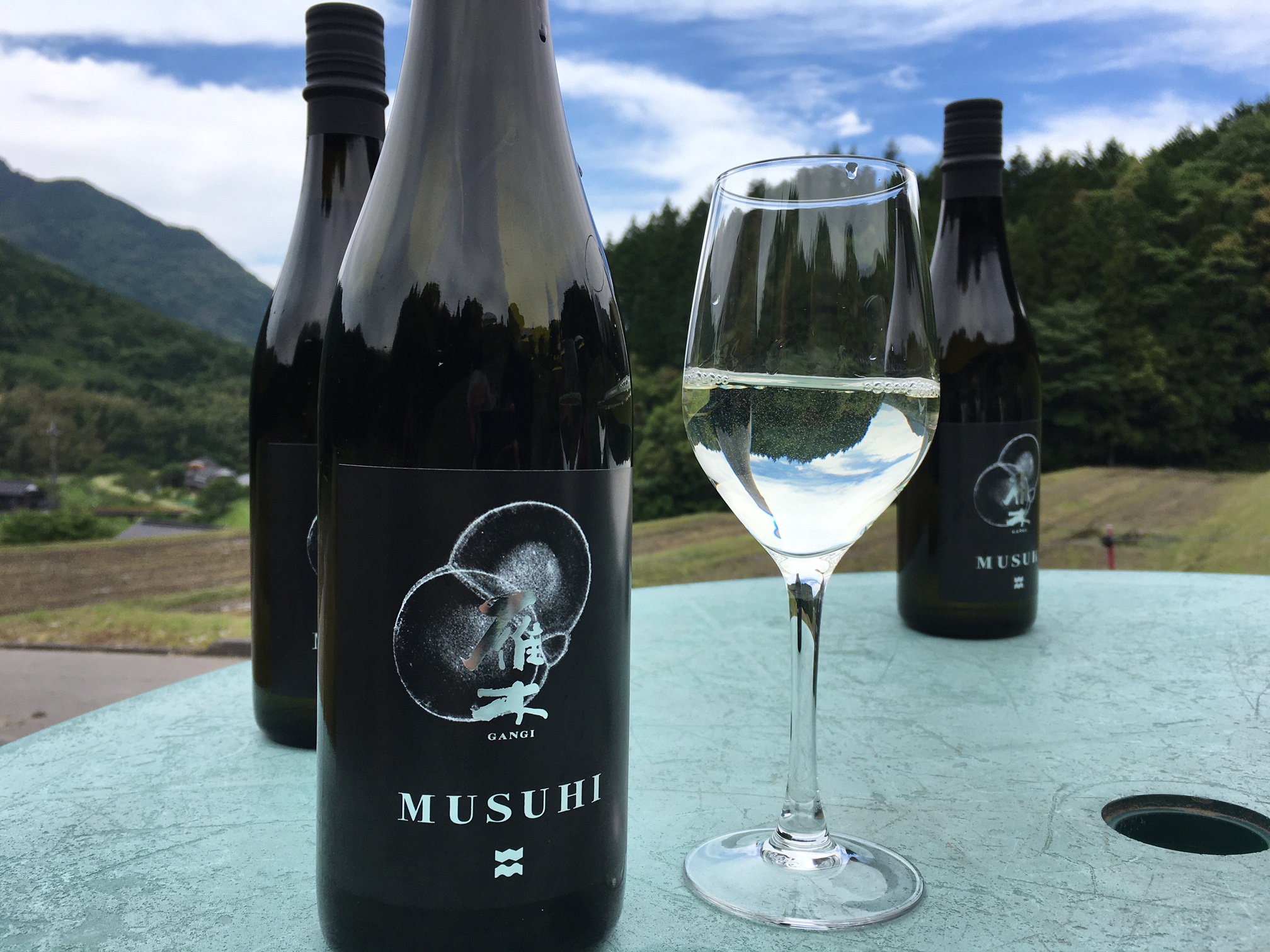 MUSUHI is the Ultimate Meal Saké

The clear flavors engage the appetite with a subtle sweetness that melds with any food, and a firm acidity helps the finish fade quickly.

All this makes it a reserved, dignified meal saké. 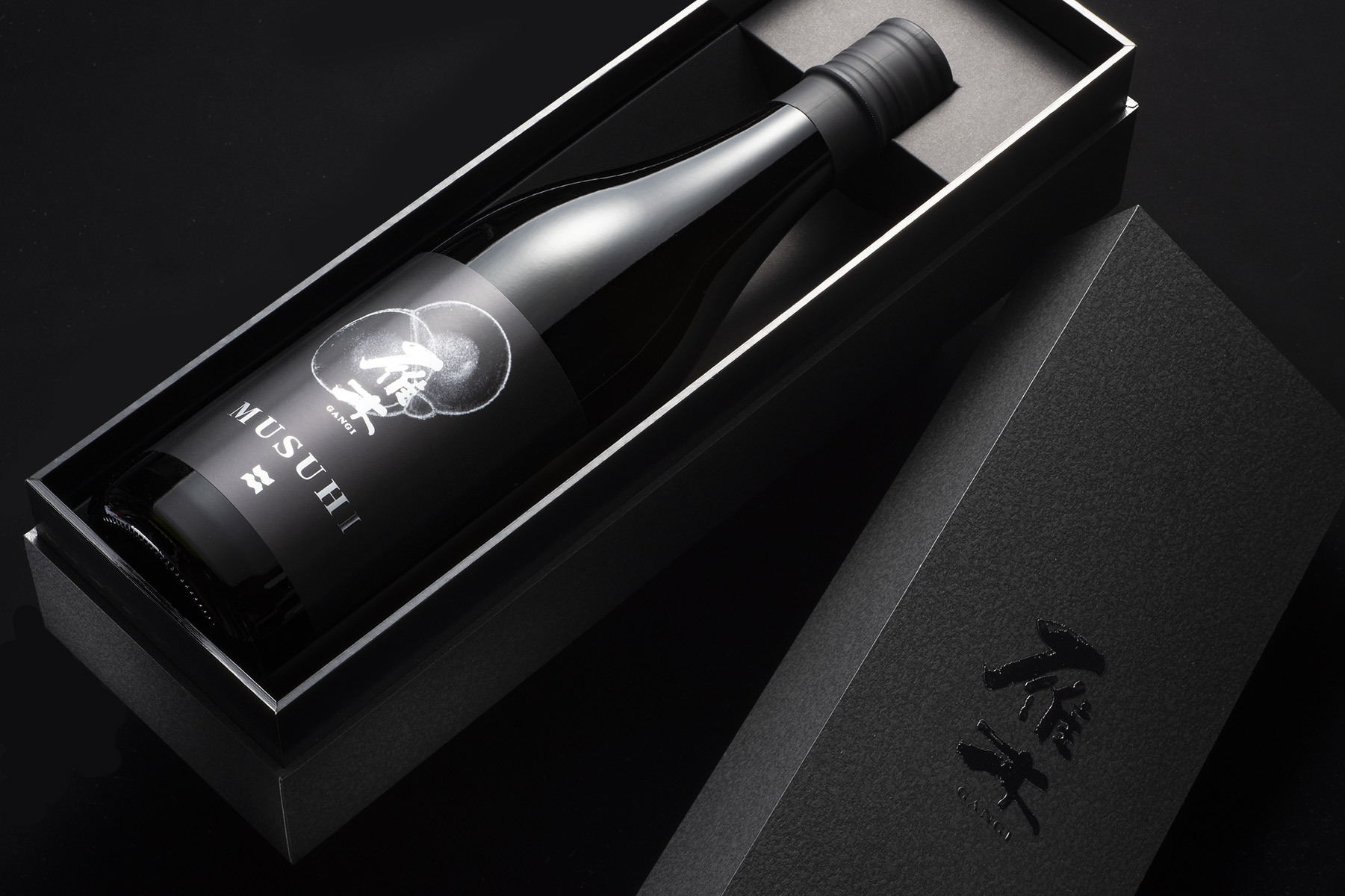 The label is meant to evoke the first spark of life emerging from the darkness.

Please note: We do not list information like the milling ratio because we want drinkers to approach MUSUHI on its own terms, without the influence of numbers or data. As a result, it is not labeled as a Junmai Daiginjo.

Note: The project of revitalizing the satoyama (where tended fields and wild food sources meet) through sustainable saké rice farming–the basis of saké brewing—is a long, ongoing one. Thus, a portion of the proceeds from sales of MUSUHI will be used to fund efforts to revive difficult-to-cultivate areas in the hills and mountains to grow organic Yamada Nishiki. 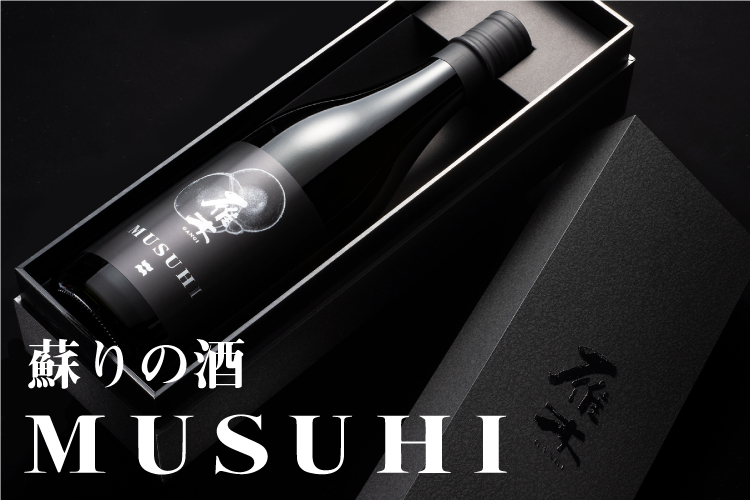